The Wolverine was originally a anti-air vehicle until some divisions started to use it as a anti-tank weapon. Now it is feared by Covenant vehicles. Like with all UNSC vehicles its normal color is green camouflage but some UNSC forces tend to use arctic camouflage. The wolverine has now been released in a greyish blue colour for the toys r us exclusive covert ops line

The UNSC Wolverine makes the sound of incoming Covenant Banshees quickly fade as it shreds its way onto the battlefield. This dual-threaded anti-aircraft beast is the epitome of long-range heavy artillery, equipped with twin Argent V missile pods that really fire! The Wolverine is also equipped with dual XM511 Heavy Grenade Launchers for ground defense and scattering Covenant Brutes. The surprisingly maneuverable Wolverine keeps Covenant air support to a minimum while the rest of the UNSC deals with ground threats. 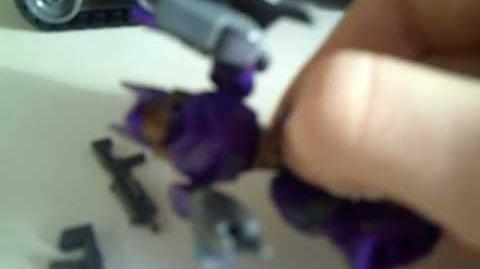