The SPARTAN-II Program was the second generation of the ORION Project of the 24th and 25th centuries, and was created and overseen by Doctor Catherine Halsey, and authorized by Section III of the Office of Naval Intelligence in the early 26th century. 150 potential candidates were identified by Halsey, 75 of whom were abducted by ONI and conscripted into the UNSC Navy in 2517 at the age of 6. About 40 survived the intense physical augmentation process that granted them superhuman strength, speed, and reflexes. Originally intended to fight Insurrectionists, they proved to be UNSC's best weapon against the Covenant when they began their genocidal campaign against humanity in 2525. They were equipped with MJOLNIR Powered Assault Armor, which further enhances their strength and reflexes. The basic Spartan figures wear the MJOLNIR Mk. IV from Halo Wars.

The SPARTAN-IIs were warriors of unparalleled skill and prowess. They became legends in the eyes of countless UNSC soldiers for their incredible abilities and acts of heroism, and the Covenant believed them to literally be demons, sent by the forces of evil to undermine their "holy" efforts. In 2548, ONI declassified information regarding the SPARTAN-II Program, allowing the general public to know about the SPARTANs incredible feats. However, ONI made it so that SPARTAN-IIs could not be listed as KIA (Killed In Action), instead only allow them to be MIA (Missing In Action) or WIA (Wounded In Action). This was done in order to boost public morale by making the SPARTAN-IIs appear invincible. But this was far from the truth, as only a handful of the supersoldiers survived the Human-Covenant War. 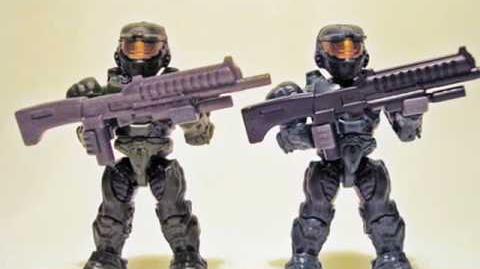 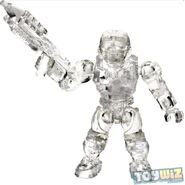 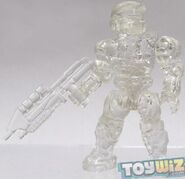 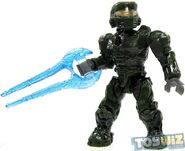 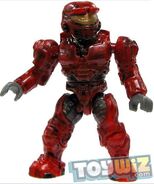