=====Prepare for the ultimate clash of land vs. air as you grind through enemy lines with the ODST Scorpion or dominate the skies with the Covenant Vampire!

A variant of the heavily armored main battle tank, The ODST Scorpion has been secretly designed for the 105th Special Forces with a stealth gray armor that emits a low RADAR detection signature. Its revamped turret houses a heavily modified 90mm High Velocity Cannon with dual recoil brakes to minimize muzzle blast for greater accuracy and stealth when firing. The Covenant Vampire is a heavily armed anti-aircraft unit with wing-mounted rotating plasma cannons and a devastating Heavy Needler with needles that really glow! Its weapon systems allow it to target one or more enemy units and fire at them at the same time! But can the air-to-air superiority of The Vampire stand up against the might of the ODST Scorpion? Or will the ODST Scorpion score a hit and down the heavily armored and maneuverable Vampire?

The fate of the battle is in your hands! 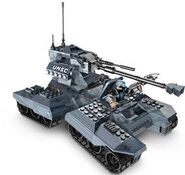 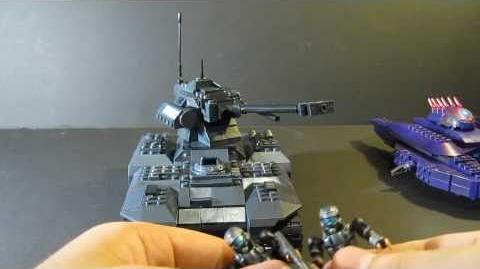