Jackals are the Covenant's snipers and scouts. They are armed with carbines and energy shields. They come in the Shortsword, Hornet Attack, and ODST Hawk. They came in the 2010 sets. They are not set to appear in 2011 sets currently, excluding the Halo Fest Hero Packs. They also appear in a new Halo 4 mold in sets starting with 2013. 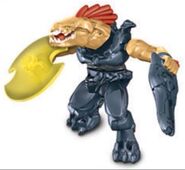 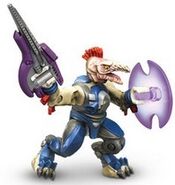 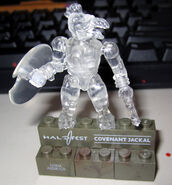 END OF ARTICLE
Community content is available under CC-BY-SA unless otherwise noted.
Advertisement