The AV-14 Hornet is a UNSC vehicle designed for air battles. It can be considered the UNSC equivalent of the Covenant Banshee. And like with the Banshee it is also a support vehicle. It can carry 2 soldiers into battle and has a heavy machine gun and missile launcher. Crew: 1 pilot & 2 passengers 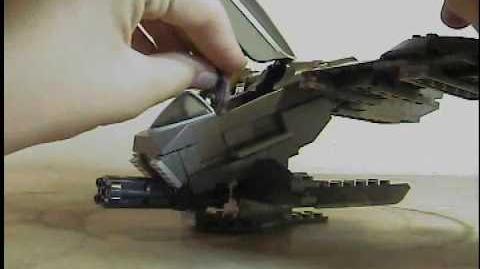 Retrieved from "https://megablokshalowars.fandom.com/wiki/Hornet?oldid=21803"
Community content is available under CC-BY-SA unless otherwise noted.