< Grunt
View source
watch 01:54
Obi-Wan Finale - The Loop
Do you like this video?
Play Sound 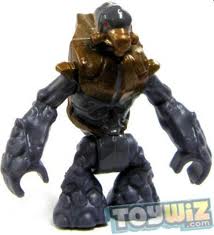 The Unggoy Minor is the lowest and most common Grunt rank in the Covenant army, they serve as cannon fodder and lack any real training or combat ability. However, they are the Covenant equivalent to Marines, as they are the main infantry force of the Covenant & act as 'cannon fodder', they are able to carry around 360 pound objects easily. Their size is reflected in the figure, as they are smaller than all species including Humans in Halo except for the Flood infection forms.