The ghost is one of the lightest and most basic covenant vehicle and the Ghost is similar to a Mongoose in size. It the common Covenant purple coloring and has two Plasma cannons in the front. It has room for 1 mini-figure. The Ghost is used to conduct rapid attacks against enemy infantry and light vehicles, the Ghost is able to boost its speed during combat instead of firing its twin Plasma Cannons. The Ghosts lack of armor makes its pilot vulnerable to enemy fire and the vehicle itself is vulnerable to basic weaponry. The Ghost has had 3 versions so far. 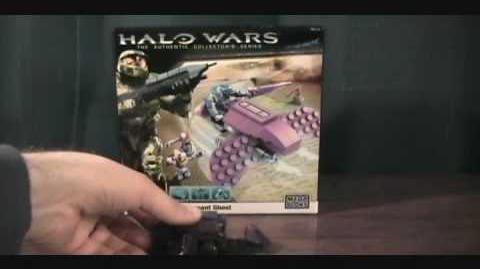 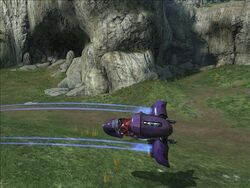