Elite Minors are the lowest ranking Elites. They have been in the sets since the beginning and are the most common type of Elites and are seen leading groups of Grunts and Jackals into combat and are lead themselves by Elite Majors. 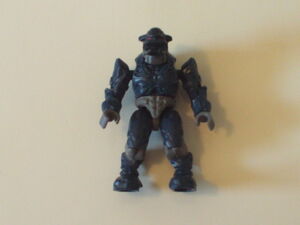 Retrieved from "https://megablokshalowars.fandom.com/wiki/Elite/Minor?oldid=21724"
Community content is available under CC-BY-SA unless otherwise noted.