The Gauss Cannon is a UNSC weapon that uses asynchronous linear induction to fire a ferromagnetic tungsten slug. It appears in the Wraith and Gausshog vs. Locust sets. The Guass Canon is most often seen mounted on a specialized Warthog variant called the Guasshog, though it can also be mounted upon a stationary fixture on the ground, such as it is in the Covenant Wraith set. The Gauss Cannon is mostly used for anti-materiel purposes.

The picture above is an illustration of how the Gauss Cannon works. Each of the three devices is an electromagnet. The electromagnets activate in sequence, pulling the metal bullet along and propelling it out of the barrel of the weapon. 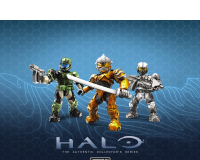 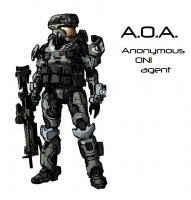